On the weekend the Church celebrates the great Solemnity of the Most Holy Body and Blood of Christ (Corpus Christi), Cardiff Cathedral gave witness to the ordination to the priesthood of Fr. Laurence Harry Bryce.  Originally a native of the Portsmouth Diocese, Fr. Laurence came to Cardiff as a student of Cardiff University where he began initial discernment about possible Vocation to the priesthood.  Making his home in Cardiff, he later applied to the Archdiocese and entered formation at Allen Hall Seminary in London.

During the celebration, Archbishop George Stack reflected on the words of St. Augustine of Hippo:

‘Behold who you are, become what you receive.’

Through the Most Holy Eucharist Christ invites us to receive Him that we might become more conformed to Him. A core belief of the Catholic Faith, we believe at the celebration of the Mass, the priest who offers bread and wine to God, using the words of Christ himself, and the calling down of the Holy Spirit, makes truly present Jesus Christ, Body, Blood, Soul and Divinity.  And in ministering the Sacrament to the people, the priest himself is called to become more Christ-like in today’s world.  So it was very appropriate that Fr. Laurence’s ordination should come on this significant weekend for the Church as a whole.

Cardiff Cathedral, the Metropolitan Cathedral Church of St. David was packed for the double celebration.  Present among the congregation were Fr. Laurence’s parents Mr. Colin and Mrs. Corrina Bryce and his family.

Fr. Laurence offers his First Mass today at the parish of St. Philip Evans, Llanederyn where he spent a year on Extended Pastoral Placement as a seminarian.  Following a break he takes up his first appointment as Assistant Priest of All Saints, Newport. 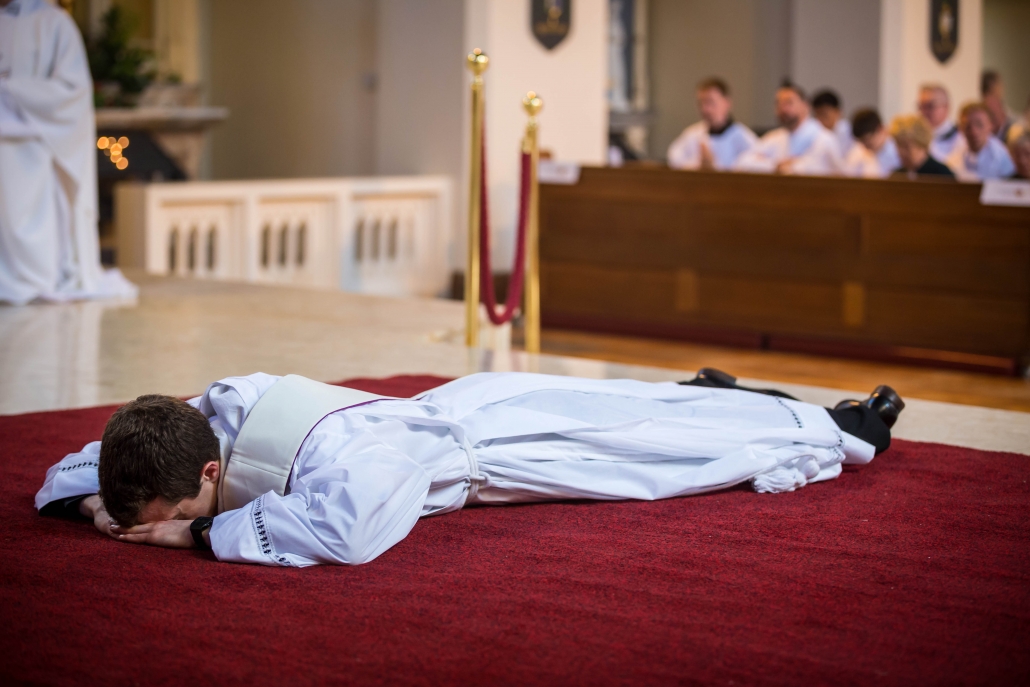 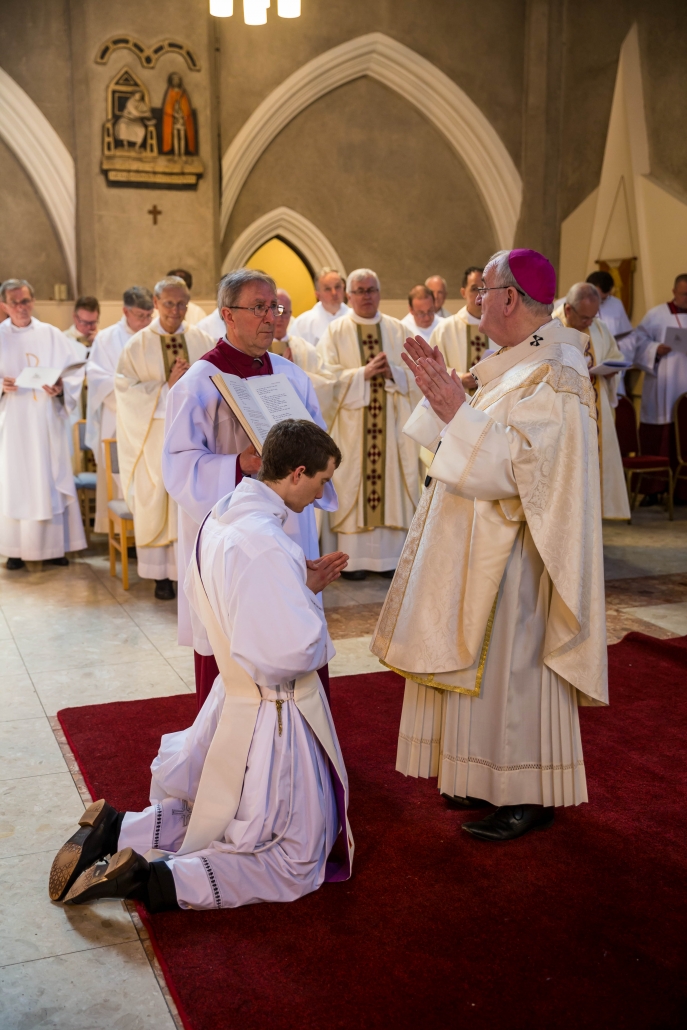 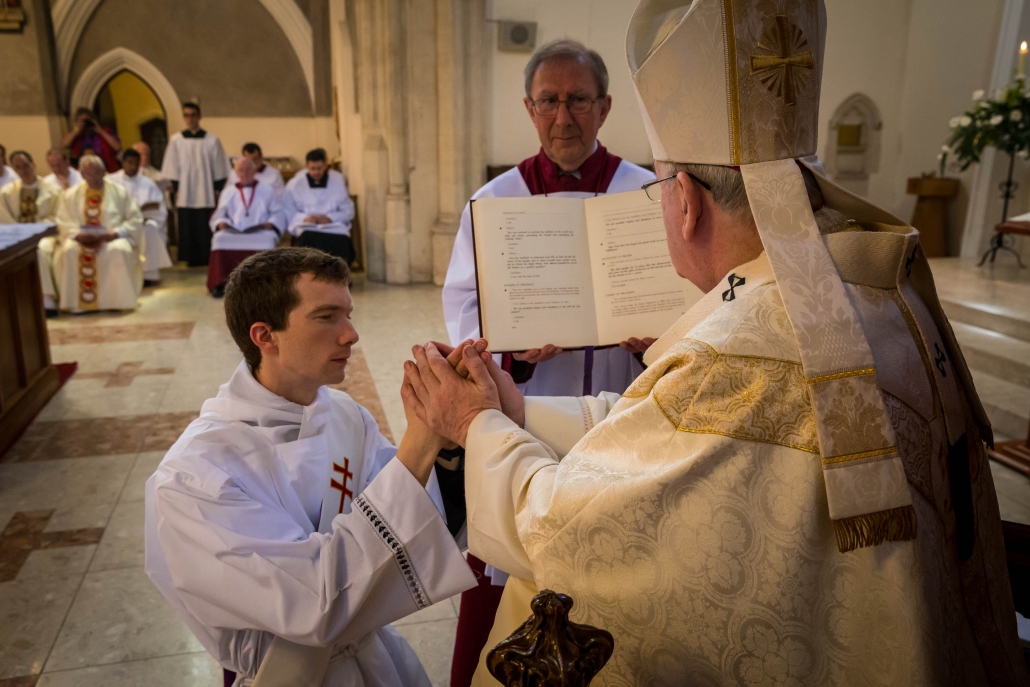 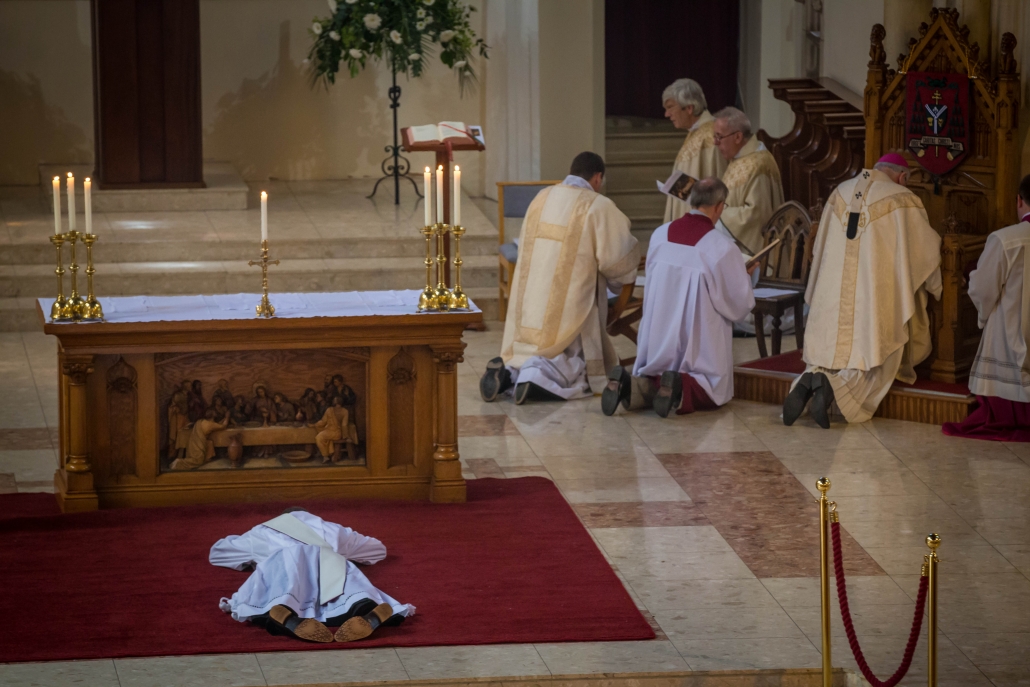 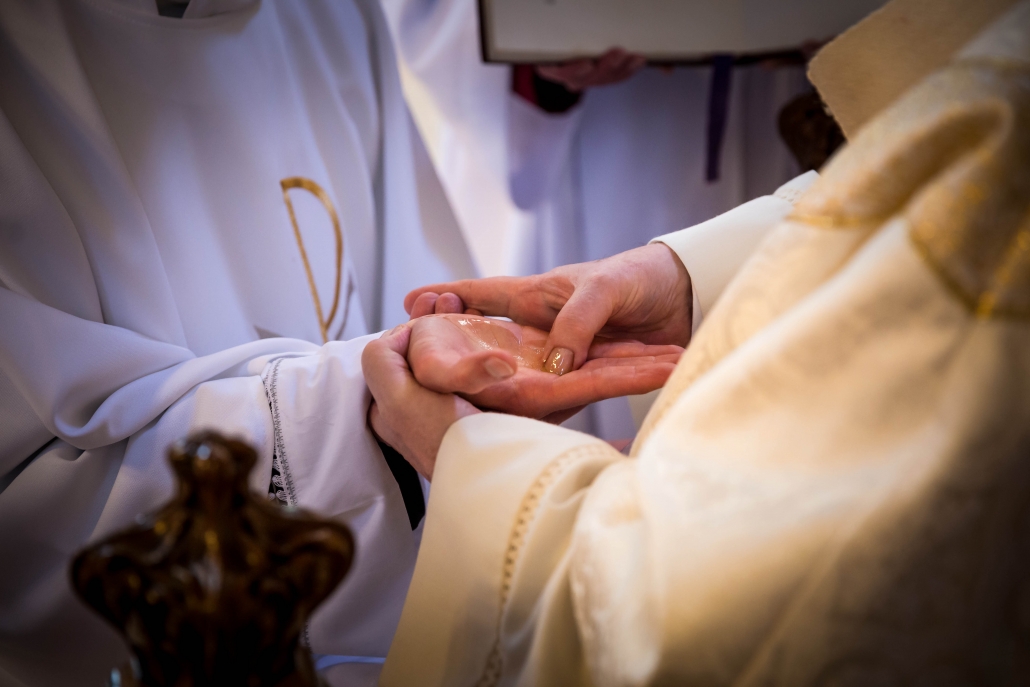 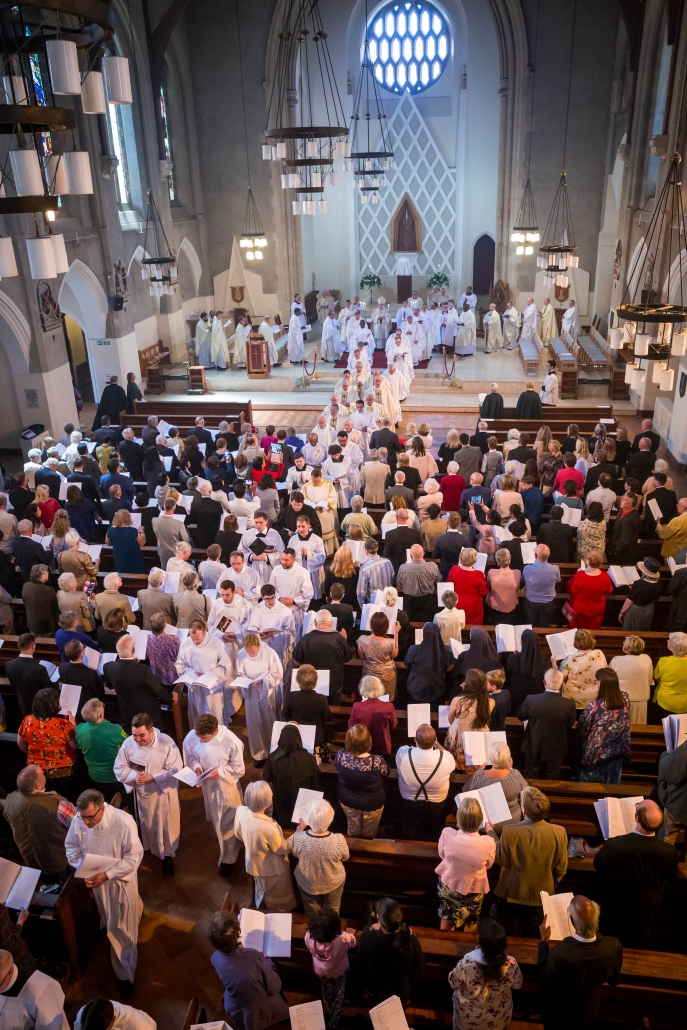 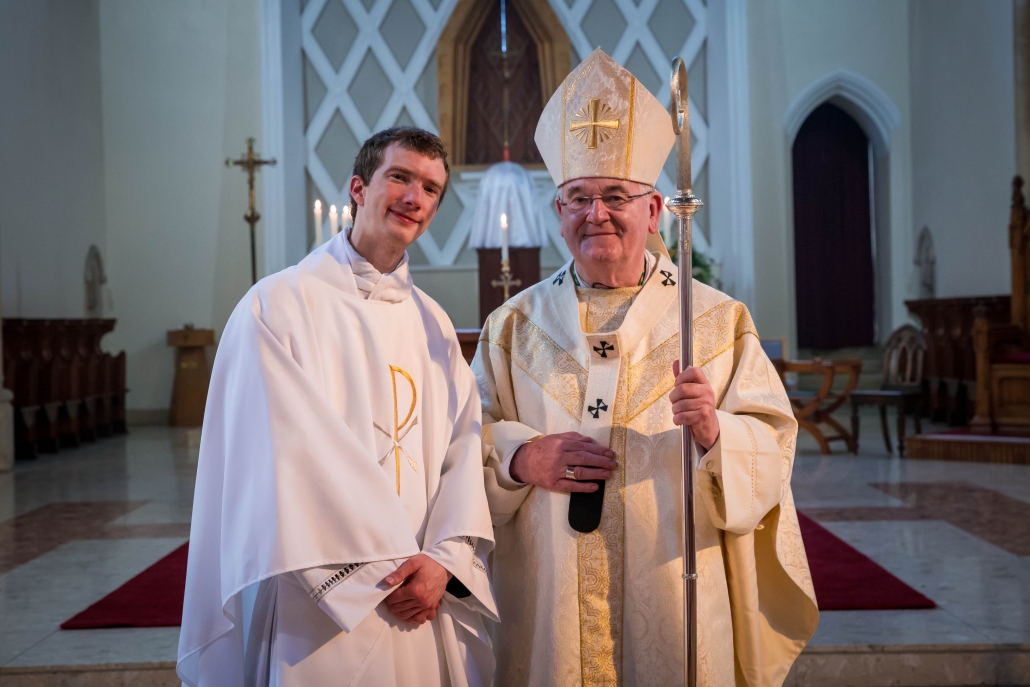 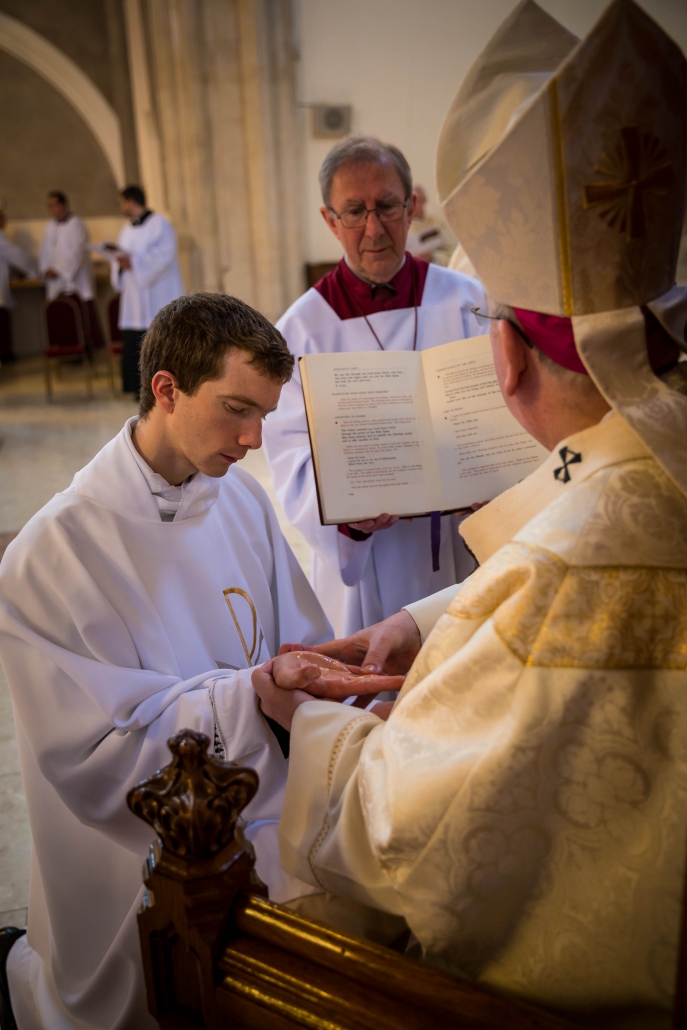 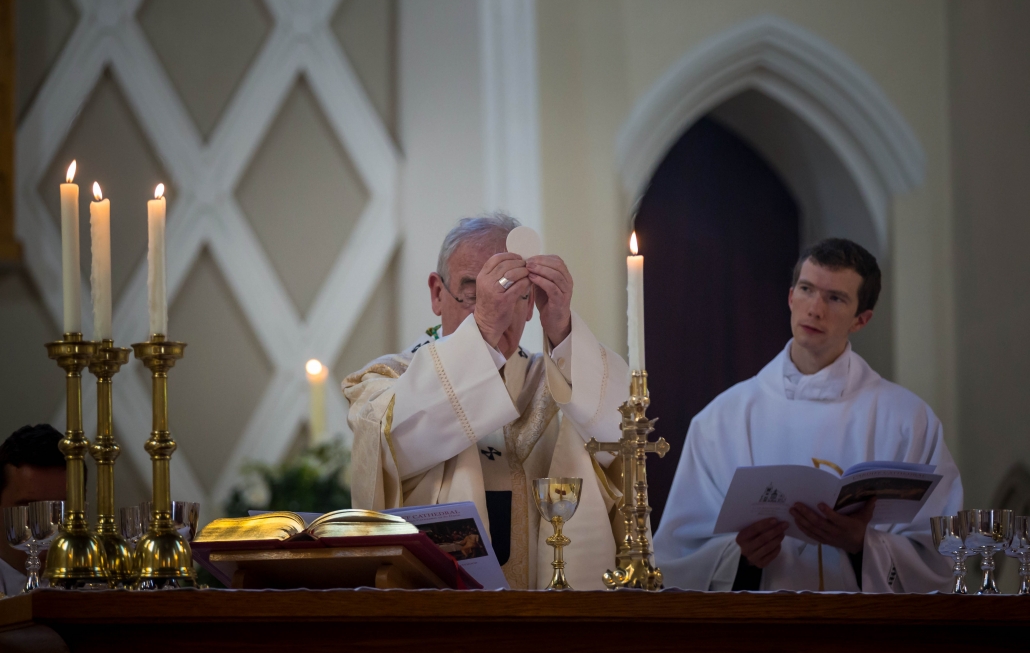 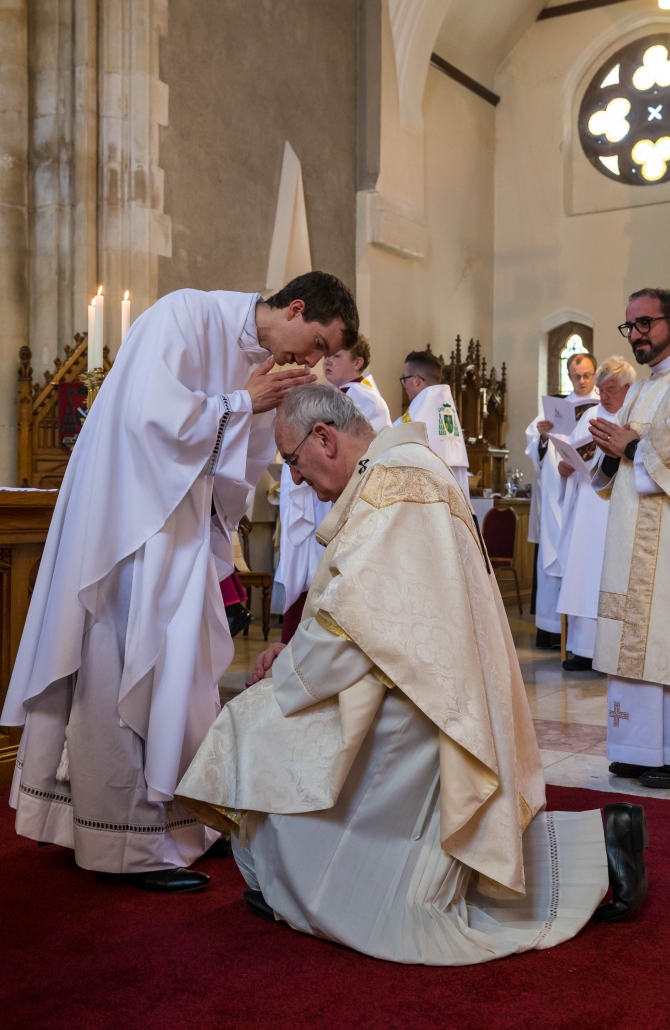