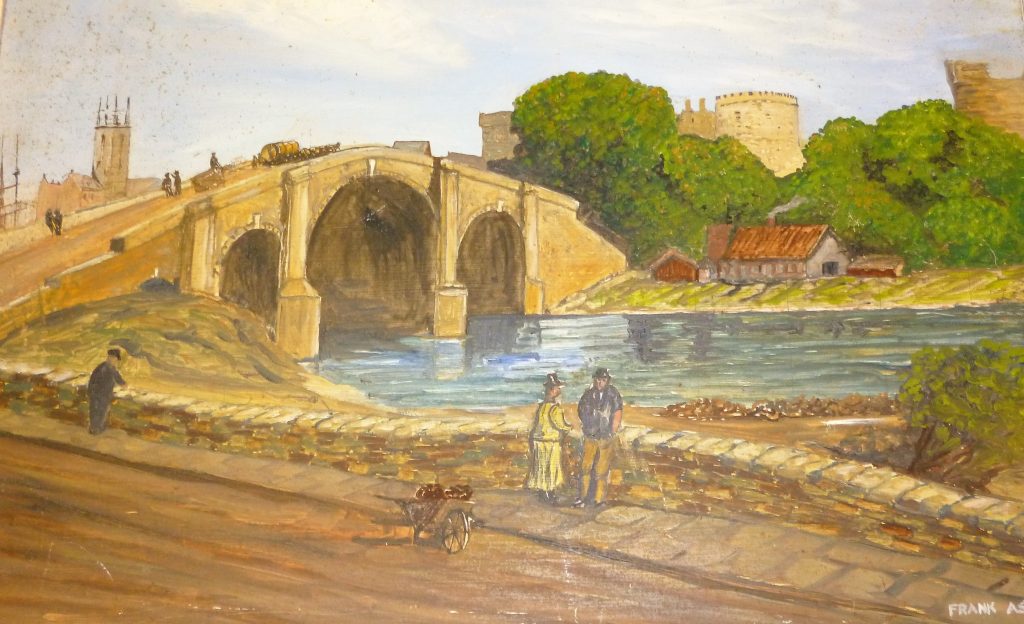 This is the road bridge crossing the River Taff, originally connecting with the West Gate of the town. This crossing has been replaced and resited many times over the centuries as it was continually damaged by flooding. It was painted twice by Turner during his tours of Wales.

In 1827 the bridge, as seen in our painting, was swept away by a huge flood and was not replaced until 1859. Ironwork railings were added to the structure. In 1877 the bridge was widened to cope with increasing traffic. There was a formal opening of the new bridge conducted by the Mayor and Corporation. The Mayor was attended by the ceremonial maces and accompanied by borough officials. During the ceremony the Mayor declared that the new bridge represented the first manifestation in Cardiff of the fruits that would result from the passing of the 1875 Cardiff Improvements Act. 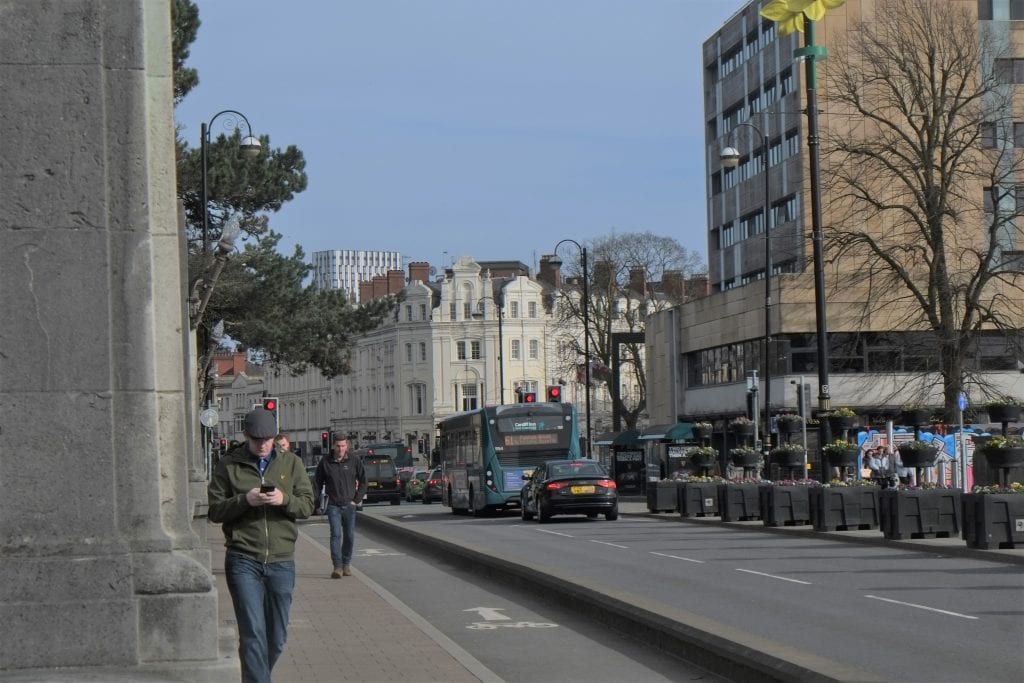 By 1930 further alterations were demanded as a result of the significant increase in traffic. The bridge was widened and the arc of the roadway was lowered by four feet to improve visibility. The stone bridge was remodelled with arches of reinforced concrete and new stone balustrades. Some Western Mail readers orchestrated a campaign for the retention of the cast-iron balustrade, with its intertwined and richly ornamented circles. Despite this agitation it was decided that the new design could not successfully incorporate the former elements. Dedicated cycle lanes were constructed in 2014.

The bridge is a Grade 2 listed structure reflecting its significance as an example of a pre-World War 2 reinforced concrete bridge. The listing also references the retention of parts of the 1859 construction as well as its connection to the Roman and medieval crossings.