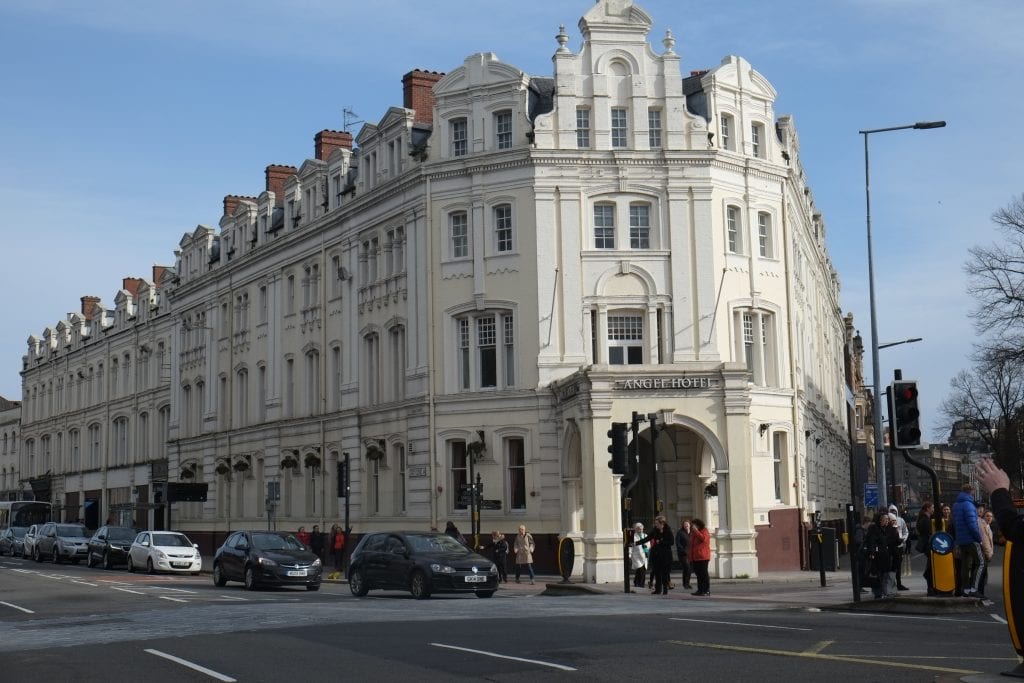 The new hotel was to be called The Angel Hotel, taking its name from the old Angel Inn that was located on Angel Street which had been the favoured meeting place for the notable townsfolk.

The hotel was built of red brick manufactured at the Bute Estate Brickworks and was opened in 1883. An impressive portico entrance was constructed on the corner at the junction of Castle Street and Westgate Street. The rooms provided splendid views of the Castle and what had become known as Cardiff Arms Park. For many years The Angel Hotel was the most prestigious hostelry in Cardiff. The list of famous guests includes The Beatles who visited in 1965. The Marquess of Bute designed a logo for the new hotel. The Marquess depicted an angel holding the Cardiff coat of arms thus uniting imagery from both The Cardiff Arms Hotel and The Angel Inn. 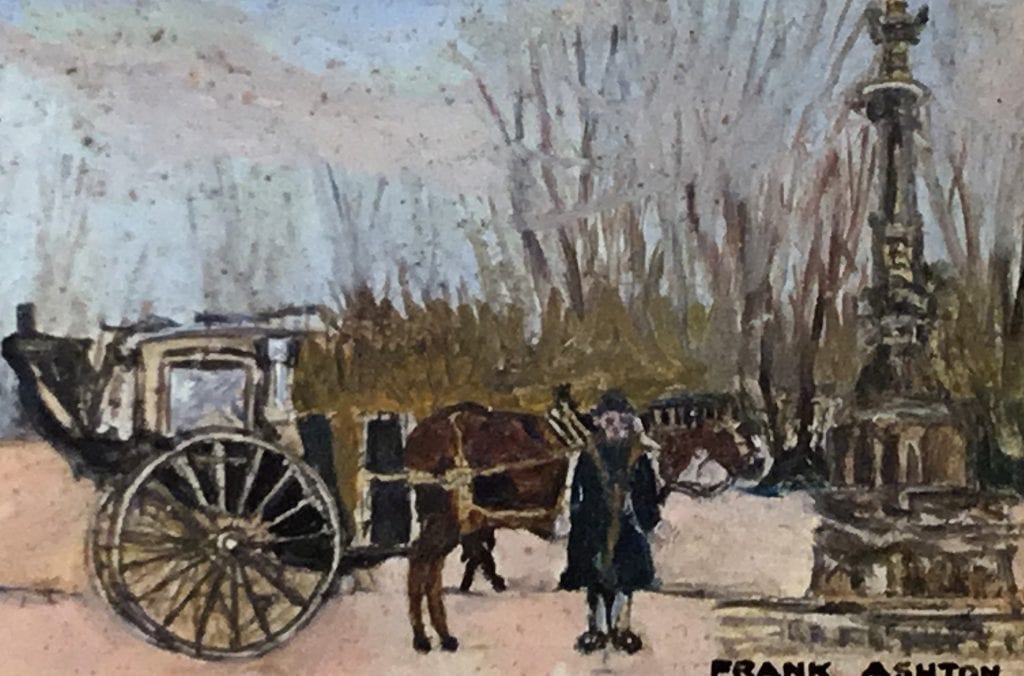 A newspaper cutting on the back of this painting states that the driver is Mr. David Moore, who came to the city from Bath in 1878 and died in 1934.

He is standing by the drinking fountain which stood in Castle Street in front of the entrance to the Angel Hotel. It was one of two similar fountains gifted to the town by Mr. Alfred Thomas M.P., former Mayor, and erected in 1889. Each cost £100 and was the balance of the grant made to him during his mayoralty for extra expenses. The 15ft. high fountain was cast in iron by Messrs McFarlane of Glasgow. There were four drinking cups and four large tanks to receive the flowing water.

We believe that the fountain was removed in 1934 as part of a plan to introduce pedestrian crossings and road signals to improve traffic flow.